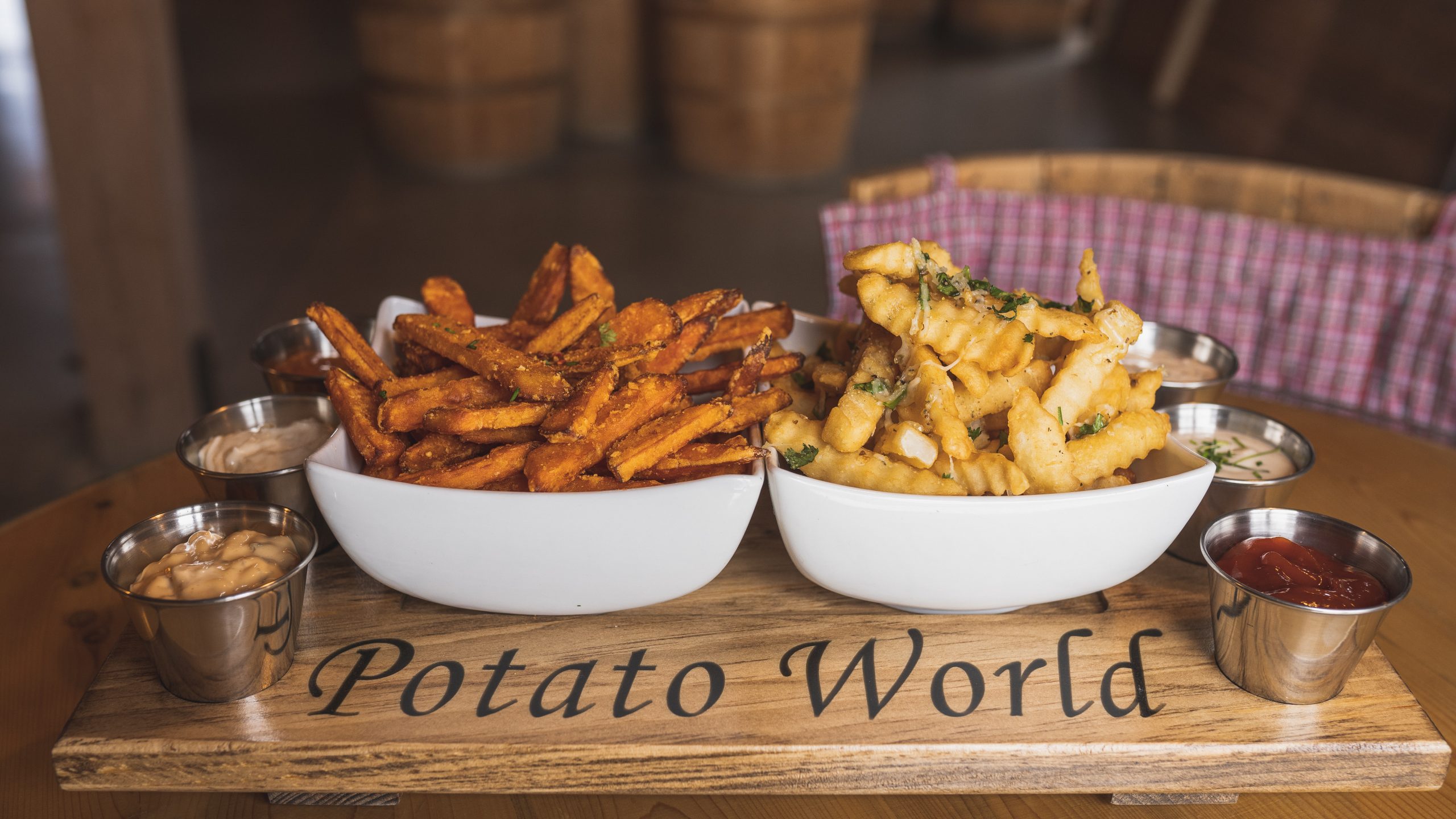 There is a natural phenomenon underlying why Florenceville-Bristol is such an agricultural hotbed made for growing delicious potatoes!   The  “Holmesville” soil here is one of the most fertile types in North America. So fertile in fact, it provides higher than normal yields perfect for growing a wide assortment of potato varieties.

The first records of potato farming here appear during the late 1800’s, when winter woods workers from Carleton and Victoria counties found summer work at Maine (USA) potato farms and brought potatoes home to plant. From that point on, the potato has thrived and so has the innovative industry related to it!

Potatoes are very nutritious, and contrary to popular belief, relatively low in calories. They are fat, sodium and cholesterol free as well as rich in vitamins, minerals and antioxidants.

In 1957, the McCain brothers – Wallace, Harrison, Robert and Andrew, started a family business in their hometown of Florenceville. As sons of a third-generation farmer, they used their family knowledge of agriculture and combined it with innovation and an entrepreneurial spirit.

Their goal was simple: to create wholesome food for families, food the brothers wanted to serve at their own tables.  Little did they know that their small endeavour simply named “McCain Foods” would grow to be a global success!

To this day, McCain produces one third of all French Fries consumed world-wide, operating more than 50 factories on six continents.  Their Head Office remains home in Florenceville-Bristol and is the largest employer in the community.

In recognition of McCain’s remarkable world growth and the positive impact it has had on Florenceville-Bristol, the Town is proud to be declared the official French Fry Capital of the World®!

Local farmers share the McCain passion for growing the best potatoes – love and care for the land, along with a renewed commitment to sustainable agriculture and manufacturing practices are of utmost importance.